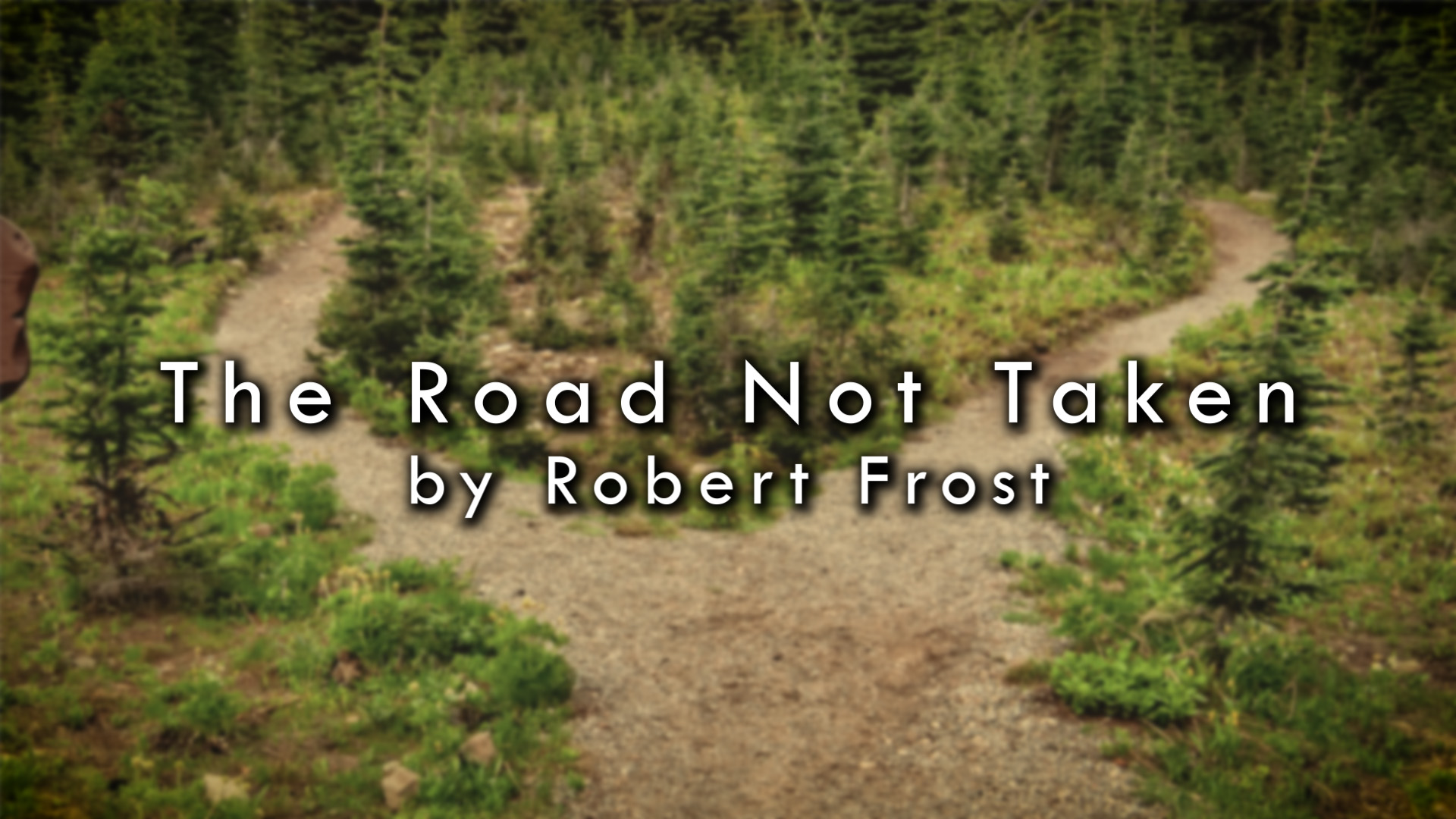 “The Road Not Taken” is a narrative poem written by Robert Frost in 1915.

Robert Frost spent the years 1912 to 1915 in England, where among his acquaintances was the writer Edward Thomas. Thomas and Frost became close friends and took many walks together. One day, as they were walking together, they came across two roads. Thomas was indecisive about which road to take, and in retrospect often lamented that they should have taken the other one. After Frost returned to New Hampshire in 1915, he sent Thomas an advance copy of “The Road Not Taken”. Thomas took the poem seriously and personally, and it may have been significant in Thomas’ decision to enlist in World War I. Thomas was killed two years later in the Battle of Arras.