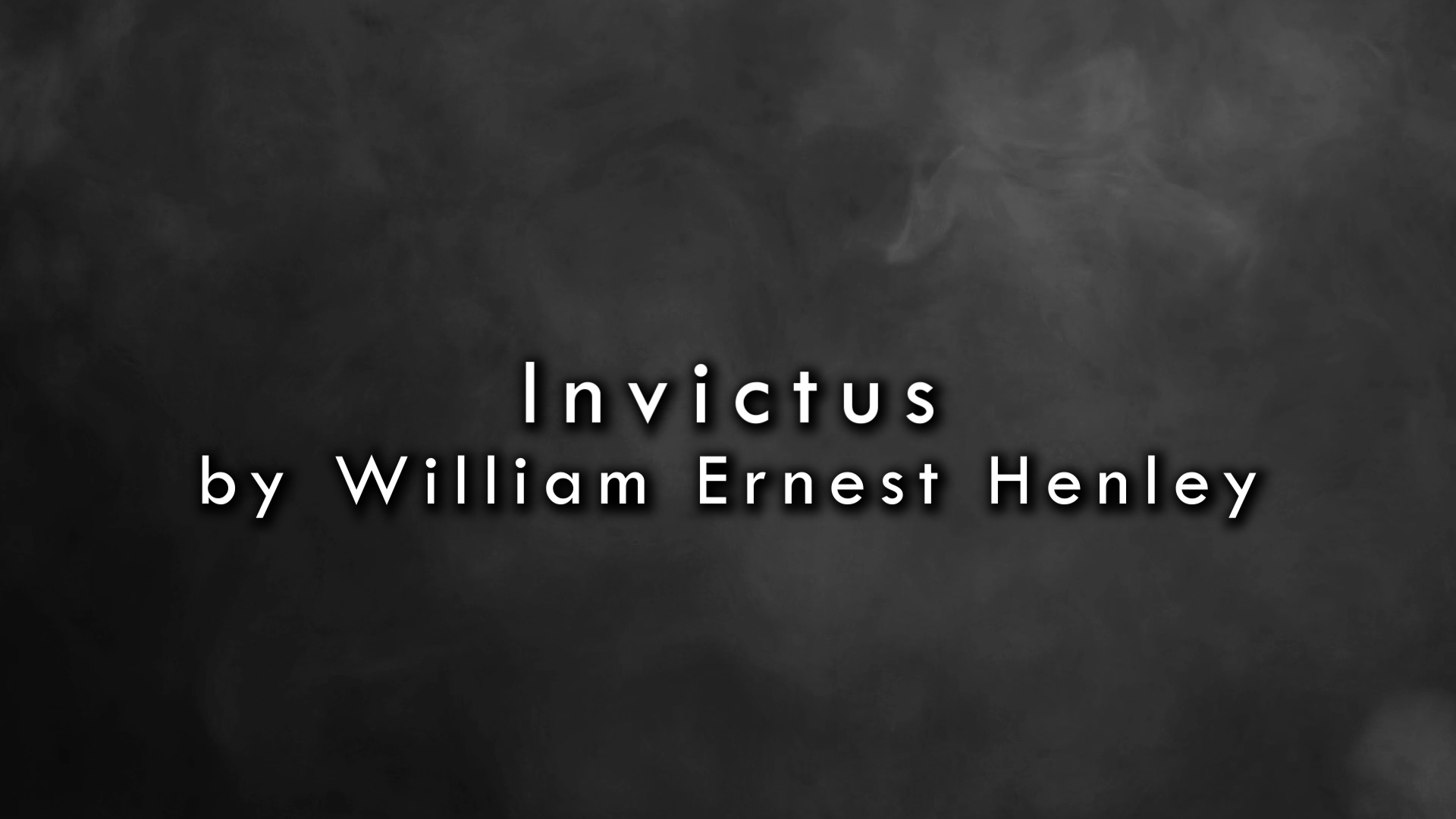 “Invictus” is a short poem written by William Ernest Henley in 1875.

When William Henley was 16 years old, his left leg had to be amputated after complications from tuberculosis. Five so years later, he was told that his other leg would need to be amputated as well. Instead, he went to Edinburgh in August 1873 and had his leg saved by English surgeon Joseph Lister. While recovering in the infirmary, he was moved to write the verses that became the poem “Invictus.”