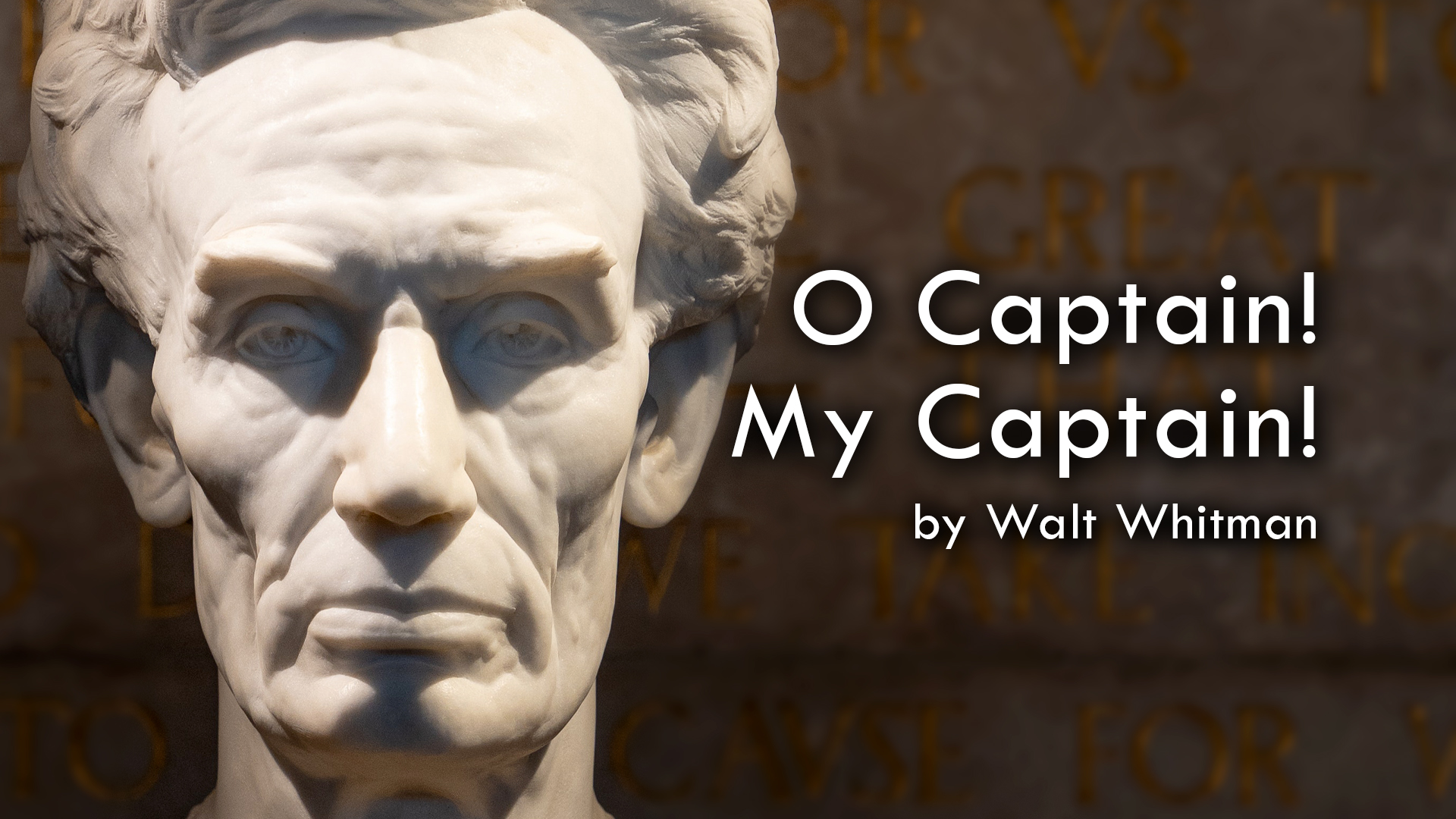 “O Captain! My Captain!” is an extended metaphor poem written by Walt Whitman in 1865.

About the Poem: “O Captain! My Captain!” is an extended metaphor poem written by Walt Whitman in 1865 about the death of U.S. president Abraham Lincoln. Well received upon publication, the poem was Whitman’s most popular during his lifetime. It is one of four poems written by Whitman about the death of Lincoln. The poem, which never mentions Lincoln by name, has frequently been invoked following the deaths of a head of state. It also appears in the 1989 movie “Dead Poets Society” starring Robin Williams.