I’ve just finished two short film trailers.  The first is a new “dramatic” trailer for Ragged Edge. This trailer only has footage from the film (all color-corrected and without interviews!), and features part of Amity Sampley’s amazing score!  You can watch the trailer on YouTube, Vimeo, or IMDb (or just right here!)

The second trailer is for John’s Miracle, the short film we produced at the 2010 Rocky Mountain Christian Filmmakers Camp.  I had the privilege of playing the part of the titular character, John Emerson, as well as editing the film.

I’ll be honest, while the quality’s not as good as Ragged Edge (and I’m allowed to say that because I worked on it. :-P), it still came out pretty good!  The film is finally done, pending one final review of the sound mix, and I can’t wait to show it to the 2011 Rocky Mountain Filmmakers Camp this June (if you missed registering for the June camp, we’re having another camp this August!  Check out the Camp website for registration details).

In other news, Indy Christian Review is doing well.  We’ve topped 100 views on episode 1, and the Facebook and Twitter pages are gaining followers slow but sure.  I’m going to see if I can get 100 likes and followers on each by the end of June, before I head off for the set of Indescribable.

Yep, that’s right.  I’ll be heading down to Bryan, TX yet again to work with the folks at Morning Star Productions!  This time I won’t be acting, and it won’t be a short film!  Indescribable is a feature-length film, and I’ll be the gaffer!  For those of you that don’t know, that means I’ll be in charge of the lighting (it’s sometimes called “chief lighting technician”, but very rarely).  I’ll be down there for five weeks this time instead of one.  I’m sure I’ll be plenty busy, plus my laptop died, so I won’t be able to do daily vlogs like last time.  If you enter their video contest, however, you’ll get access to behind the scenes videos during the shoot.

Well that’s all for now.  Until next time. 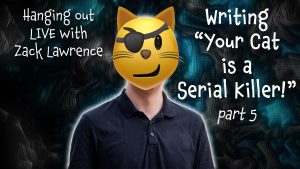 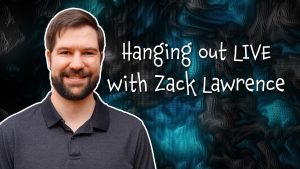 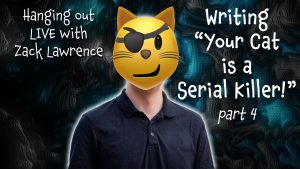